Can I share my holiday meal with my pet?

“Can I share my holiday meal with my pet?”

Our pets are part of the family and it’s only natural to want to include them with their own special dish.

If your dog or cat hasn’t had food sensitivities in the past, they can enjoy a taste of your holiday meal, but with a few precautions.

YES, please! Here’s a sample plate that you dog or cat can enjoy safely. Just keep the portions small.

Your cat will be easy to please. She’ll be more than happy with a tasty slice of turkey or ham, no sides.

And remember to include on your gift list your favorite animal welfare organizations this holiday season. 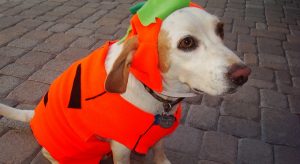 Can’t wait for Halloween? Your pet may not share your excitement.

And it’s not just the indignity of those ridiculous costumes. Here is a list of the top 5 Halloween safety risks for dogs and cats.

Keep your pet inside and away from the ghosts and goblins. Even the most kid-friendly pets can be overwhelmed and scared, leading them to growl, snap, or bolt.

Make sure your pet has proper identification. Microchips are recommended along with ID tags.

Not all pets tolerate a costume. If you still want your pet to sport a seasonal costume, make sure it doesn’t interfere with his vision, movement, or going to the bathroom. Try it on him a time or two before the big day, and if he struggles and shows distressed behavior, consider just a festive bandana.

Support Pet FBI by Participating in The Big Give

WHAT IS THE BIG GIVE?

The Big Give is a 26-hour online giving event to make a difference through kindness. The Columbus Foundation, its family of donors, and corporate and community partners have provided a $1.3 Million+ Bonus Pool, encouraging everyone to support nonprofits they care about.

Donations received during the 26-hour event will be amplified by Bonus Pool funds on a pro rata basis. Everyone who gives will have their donation(s) increased. In addition, the Foundation will cover all credit card fees, so 100 percent of donations go to participating nonprofits.

HOW DO I PARTICIPATE?

Donations may be made by using a major credit card (VISA, MasterCard, Discover, and American Express), starting with a minimum gift of $20.

Everyone who makes a donation will receive an email receipt of their donation.

Thank you for supporting Pet FBI! 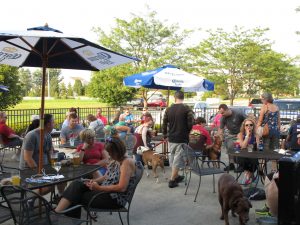 Thank you to everyone who came out to support Pet FBI at Wednesday’s Party on the Patio. The weather was perfect and all the dogs, and their people, had a great time!

Special thanks to the Overtime Sports Pub and Zuko’s Pizza for hosting. The pizza was fantastic and the happy hour drink specials were amazing. The Overtime even brought out martini glasses filled with dog treats!

Dwayne Napper kept the party hopping all night with his music. Thanks Dwayne!

Many thanks to The Boutique Truck and Gleicher Treats for coming and supporting our cause as well as the representatives from Adornable.U, Rodan + Fields, Scentsy, and SignatureHomestyles.

We had such a great time, we’ve started planning our next one!

Join us on the patio at the Overtime Sports Pub to eat, shop, and enjoy some beverages – all for a good cause!

Zuko’s Pizza will be serving up the best pizza around while the Overtime Sports Pub will be offering happy hour specials on their dog-friendly patio.

The Boutique Truck, Columbus’ first mobile fashion truck, will be selling their amazing clothes and accessories. Gleicher Treats will have their wholesome, yummy dog treats for sale, and representatives from Adornable.U Accessories, Signature HomeStyles, Scentsy, and Rodan + Fields skin care will be selling their products as well.

Live music will be provided by Dwayne Napper. Plus, we will be raffling off some great pet-themed items!

All of these lovely businesses will be donating a portion of their proceeds to Pet FBI. Thank you! Donations underwrite the cost of services so our information center for lost and found dogs, cats, and all other pets is provided for FREE! 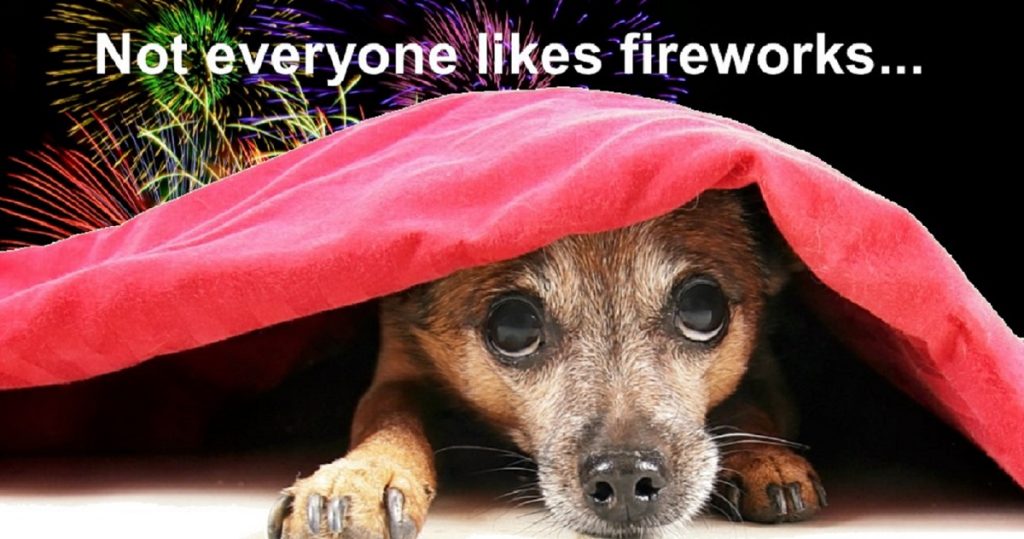 Everyone looks forward to July 4th celebrations but we here at Pet FBI know that July 5th will be our busiest day of the year. More pets are lost on July 4th than any other day of the year. Shelters typically see a 30% increase in lost pets between July 4 and July 6.

Fortunately, there are things you can do both before and during the 4th, to protect your furry family member.

Things to do BEFORE the 4th

Have a happy and safe July 4th from all of us at Pet FBI!

Thanks to Amber Kingsley, who researched and wrote this article. We hope people will take heed. We have heard too many stories of people who won’t take their children to visit Grandma because her kitty has runny eyes or a runny nose, or worse yet, people who put their dogs or cats down because they seem to have a chronic “cold” although the pet is otherwise healthy, eating well and enjoying life.

We humans often suffer from the common cold or a flu virus. When we get sick, we tend to steer clear of other people so as not to transmit the infection and “spread disease”. Because these illnesses spread quickly among ourselves, we may assume that our pets are also capable of  transmitting their colds and upper respiratory infections to us. 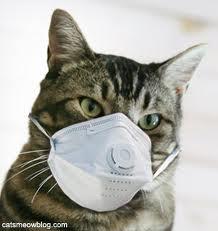 In our great-grandparents’ time, it was rabies that was a huge concern when it came to animals spreading diseases. It was especially problematic with wildlife like rodents, skunks, raccoons and other nuisance animals that could come into contact with us or our pets. Thanks to aggressive rabies immunization requirements for pets, it is very rare indeed for a cat or dog to infect a person with rabies. But what about our pets’ “colds” and “flu”?

The Truth About Cats & Dogs – Colds & The Flu

In a nutshell, if a companion animal has a virus that causes a cough, symptoms of a cold or the flu, the organisms that cause these symptoms are different for pets from what  they are for humans. The bottom line is, “colds” and “flu” aren’t spread from animals to humans, or vice versa. If you’re sniffling and your four-legged friend is sneezing, this is only a coincidence and not a shared condition.

Although it’s possible that you both may need to be seen by a doctor or veterinarian,  the two aren’t linked within a shared virus. Beware, although humans usually have the ability to fight off a cold or the flu on their own, if a dog or cat is showing cold or flu-like symptoms, you should take them to see a vet immediately as these could be a sign of a different, more dangerous disease.

Kennel cough got it’s name from how easily this disease is spread from animal-to-animal in close quarters, like conditions found in shelters or kennels. Although highly contagious, especially with canines, kennel cough or Canine Bordetellosis, is not transmittable to humans (note the word canine in the identification of this disease). 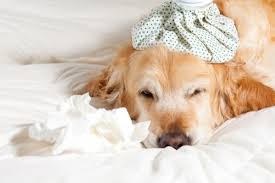 Cats seem to be more susceptible to upper respiratory tract infections compared to canines and this condition is also highly contagious among felines. Just as humans carry bronchitis and viral pneumonia and can pass it from person-to-person, again, these are different types of diseases that aren’t interchangeable between humans and pets.

What You Can Catch

Not to say that you aren’t in some kind of danger from catching something from one of your pets, but as you’ll see, chances and odds are slim, comparable to contracting rabies:

Lyme disease: It is “humanly” possible (but highly unlikely) for an infected tick present on a pet to detach, transfer onto a person and thereby give them the disease from a bite. Thanks to the vigilance of most pet owners who ensure their animals aren’t bothered by fleas and ticks, they’re using medications help to keep these types of nuisances at bay.

Salmonella: Reptile owners (snakes, turtles, lizards, etc.) run a much higher risk of contracting salmonella from these cold-blooded creatures since it’s commonly found in their feces. The majority of these pet owners are aware of this fact and take special care in cleaning their cages or confinement areas.

Toxoplasmosis: This is actually a condition found mostly in the feces of cats and kittens. Almost a third of humans exposed to the virus are immune to the disease, but it can be problematic for pregnant women and their unborn fetus. That is why it’s recommended that women do not clean the litter box while they are expecting.

Remember that you are far more likely to contract something contagious from a friend, family member, coworker or another human that you’re in constant contact with, rather than from a pet. Don’t let the fear of contagion stop you from being a loving pet owner or visiting “Grandma” and her rheumy-eyed cat! 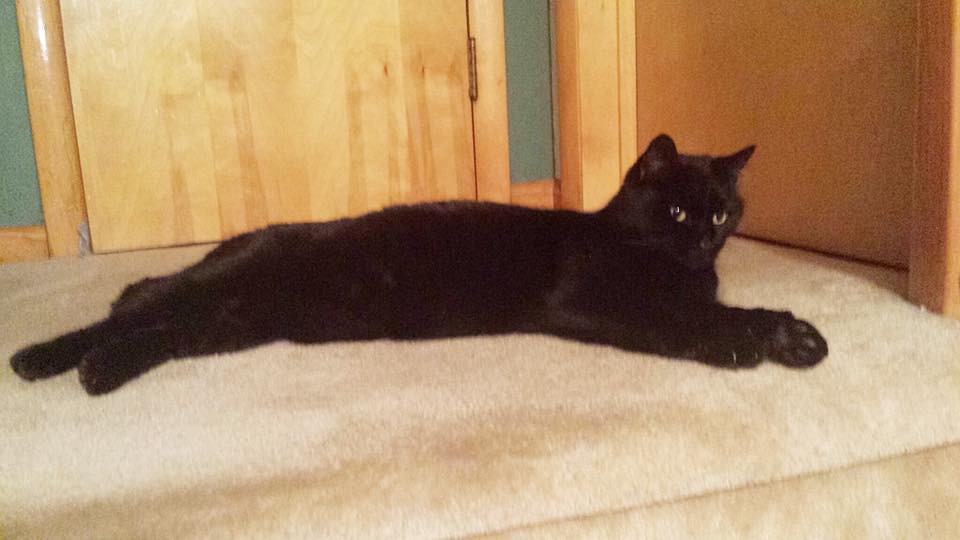 “SLINKY”: SAVED BY A MICROCHIP!

Slinky went missing during a move last summer and was reunited six months later, just prior to Christmas! A woman had been feeding him outdoors about a mile from where we went missing. Not wanting to leave him outside all winter she finally got him inside, but he wasn’t having any of it. He was miserable being kept indoors and he was making her miserable. She was so exasperated that the took Slinky  to a vet to be put down. Thank goodness the vet suggested checking for a microchip …..BINGO!

In any case the vet would have had Slinky put up for adoption if no chip was found. But not all vets are as compassionate. Under other circumstances, Slinky might not have been so lucky. Some vets are victimized by their compassion. We know of one who has a large farm in northern Ohio that has turned into a sanctuary for unwanted pets she was asked to put down. Currently she is feeding and caring for almost one hundred cats and dogs!

Slinky’s story is only one of many many we have heard – reunions that have taken place after months and even years, improbable reunions that would never have happened if the pet were not chipped.

OBJECT LESSON:
Microchips work! Have your pet chipped!
Microchips are not expensive and they are not painful to insert.