Home / How to Protect Your Pet / Stolen Pets

It is estimated that nearly two million pets are stolen each year. 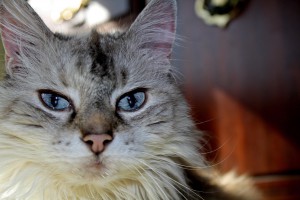 Pet theft is more widespread than people think and it is not just confined to “bad” neighborhoods. Also, pet theft seems to be on the rise. The American Kennel Club has been tracking stolen dog reports since 2007 and notes a 31% increase in recent years.

Pet FBI has had reports of pets snatched from fenced yards, parked cars, front porches, anywhere a pet is left unattended. Occasionally we hear about people whose pets have been taken and dumped by a disgruntled neighbor or an angry spouse.

Most often, there is a profit motive to pet theft.

If you are reading this it may be that you think your pet has been stolen. Pet FBI is not a detective agency, although there are “pet detectives”. “Pet FBI”  stands for Pets Found By Internet, and we maintain a database on line of lost and found pet reports. We can only offer advice and an expression of sympathy.

Advice for Recovering a Stolen Pet:

Ways to Prevent Your Pet From Being Stolen

Finally, do not become a party to pet theft by buying a purebred pet without papers and a verifiable source.

Keep a current photo of your pet – just in case…

I Lost A Dog