Home / What to Do / Lost Cat Behavior

Thanks to Kat Albrecht and the Missing Animal Response Network for permission to use the following excellent material from her book, “Pet Tracker: The Amazing Story of Rachel the K9 Pet Detective” and her web site www.missinganimalresponse.com. 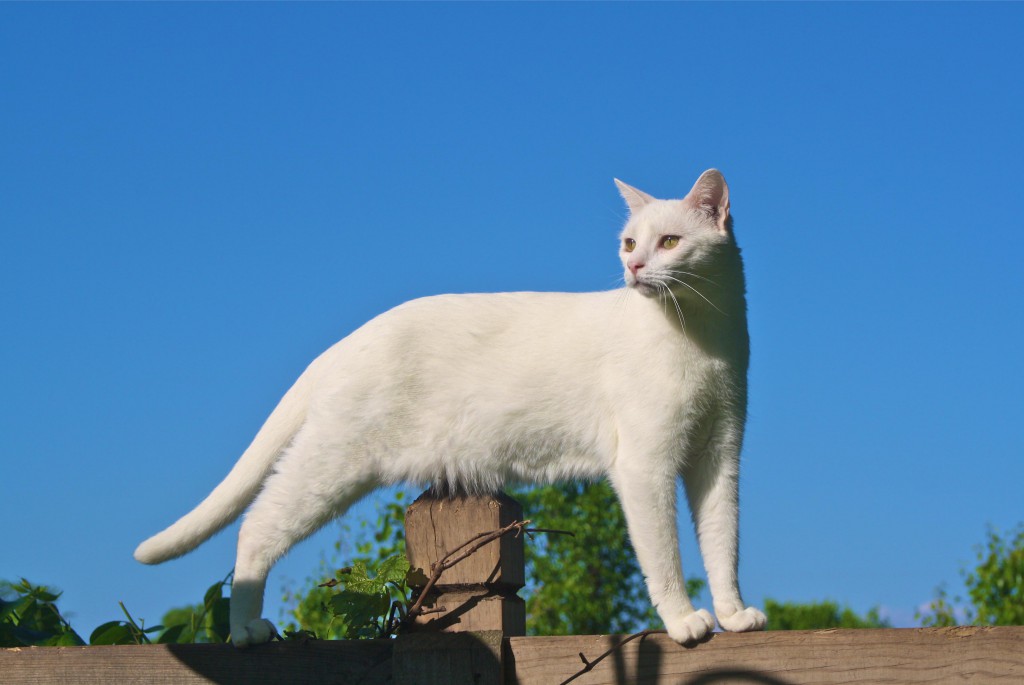 When a cat becomes “lost,” various factors influence its behavior. Be sure to take the following into consideration:

Cats are territorial. When an outdoor-access cat suddenly vanishes, it means that SOMETHING HAS HAPPENED to that cat to interrupt its normal behavior of coming home. The disappearance could mean that the cat is injured, trapped, or deceased within its territory. Or perhaps the cat was transported out of the area—either intentionally (by an irate neighbor who trapped the cat) or unintentionally (by the cat climbing into an opened parked van). Possibly the cat was displaced into unfamiliar territory—something as simple as being chased by a dog several houses away but in an area that the cat is not familiar with, causing it to panic and hide in silence. The investigative question when an outdoor-access cat disappears is: WHAT HAPPENED TO THE CAT?

The territory for an indoor-only cat is the inside of the home where it lives. When an indoor-only cat escapes outdoors, it is “displaced” into unfamiliar territory. Usually they will look for the first place that will offer concealment and protection. Their instinctive response is to HIDE IN SILENCE because that is their primary protection from predators. How long they remain in that hiding place and what they do from there is dependant upon their temperament. The investigative question when an indoor-only cat escapes outdoors is: WHERE IS THE CAT HIDING?

Temperament influences actions. How a cat behaves when in its normal territory will influence how it behaves when it becomes “lost” or displaced into unfamiliar territory. In addition to posting flyers and checking the cages of local shelters, encourage cat owners to develop a search strategy based on the specific behavior of their cat. Here are guidelines to use:

Cat owners often behave in ways that actually inhibit their chances of finding their lost cat. They develop “tunnel vision” and fail to find their cat because they focus on wrong theories. They experience “grief avoidance” and quickly give up their search effort. They feel helpless and alone, often discouraged by others who rebuke them and tell them “it was just a cat” and “you’ll never find your cat.” But one of the biggest problems is that cat owners typically focus their search efforts by posting lost cat flyers and by searching the cages at the local shelter. Although these techniques are important and should not be overlooked, the primary technique to recover a missing cat should be to obtain permission from all neighbors to enter their yards and conduct an aggressive, physical search for the missing cat (and to set baited humane traps there when necessary). Simply asking a neighbor to “look” for the lost cat is not sufficient! Neighbors are not going to crawl around on their bellies under their decks or houses to search for someone else’s lost cat!

One of the most tragic misinterpretations of feline behavior occurs when rescuers observe a cat with a xenophobic temperament and assume, based on the fearful behavior, that the cat is an untamed “feral.” While it is true that feral, untamed cats that are unaccustomed to human contact will hiss, spit, twirl, lunge, and urinate when humanely trapped, this “wild animal” behavior is also common in cats who have xenophobic temperaments! We know this because we have talked to owners of lost xenophobic cats that had to be humanely trapped in order to be recovered; the owners verified that their cats exhibited wild behavior while in the humane trap. These behaviors are a reflection of a fearful TEMPERAMENT, not a lack of TAMENESS. Shelter and TNR workers should scan all “feral” cats for microchips and conduct research (check Classifieds, lost cat reports, etc.) to determine if the new “feral” is actually someone’s xenophobic pet cat that escaped outdoors, perhaps several weeks or months before it was found.

A relatively newer technique that MPP recommends is the use of digital wildlife cameras combined with feeding stations, especially in cases where a cat is displaced in an apartment complex where there are zillions of cats, in areas where there are many raccoons, or in other situations where a humane trap would be difficult to use. The concept is setting out food with a wildlife camera that will snap photos of all the animals that eat that food so that when you come back the next morning, you can pull the SD card, put it in your computer, and see photos of raccoon, raccoon, raccoon, CALICO!! THERE IS MY CAT!! From that point you could work to strategically humanely trap your cat while avoiding the raccoons and other cats. This is something that MPP could consult with you about if you decide to pursue this technique. We recommend infrared cameras that does not flash (because then no one sees them and they are not likely to be stolen).

I Lost A Cat