How Long Does It Take To Recover a Lost Pet? 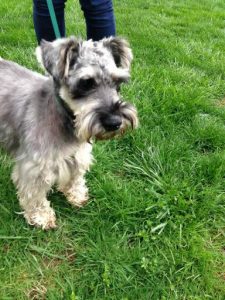 Mikey was back home within 24 hours thanks to 254 “shares” on the Pet FBI Ohio Facebook page.

Statistics indicate that most lost pets are recovered within 30 days. But the time varies greatly depending on whether it is a cat or a dog. Most people will notice a stray dog and even try to help it. Lost cats are inclined to be furtive and they are harder to spot. Also people just ignore them because free-roaming cats are not unusual. A lot of cat owners disregard the dangers to free-roaming cats and let their cats outside. Another reason people don't bother with a stray cat is the myth that a cat can "fend for itself". Consequently, it may be many weeks or months before a lost cat "surfaces" and allows itself to be taken in or trapped. 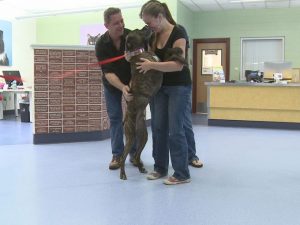 Boozer was lost almost 10 years ago, when his family was in the process of moving. They never expected to see him again after so long but Boozer was eventually surrendered to a shelter that scanned him and found the microchip that lead to this remarkable reunion.

Pet FBI has had many cases where cats or dogs were reunited months after they went missing. Do not give up too soon! If you have not recovered your lost pet after 30 days, you should renew your efforts: extend the area where you put up your flyers; continue to check the shelters and online resources like the Pet FBI database (opens new window), Facebook and Craigslist, etc.