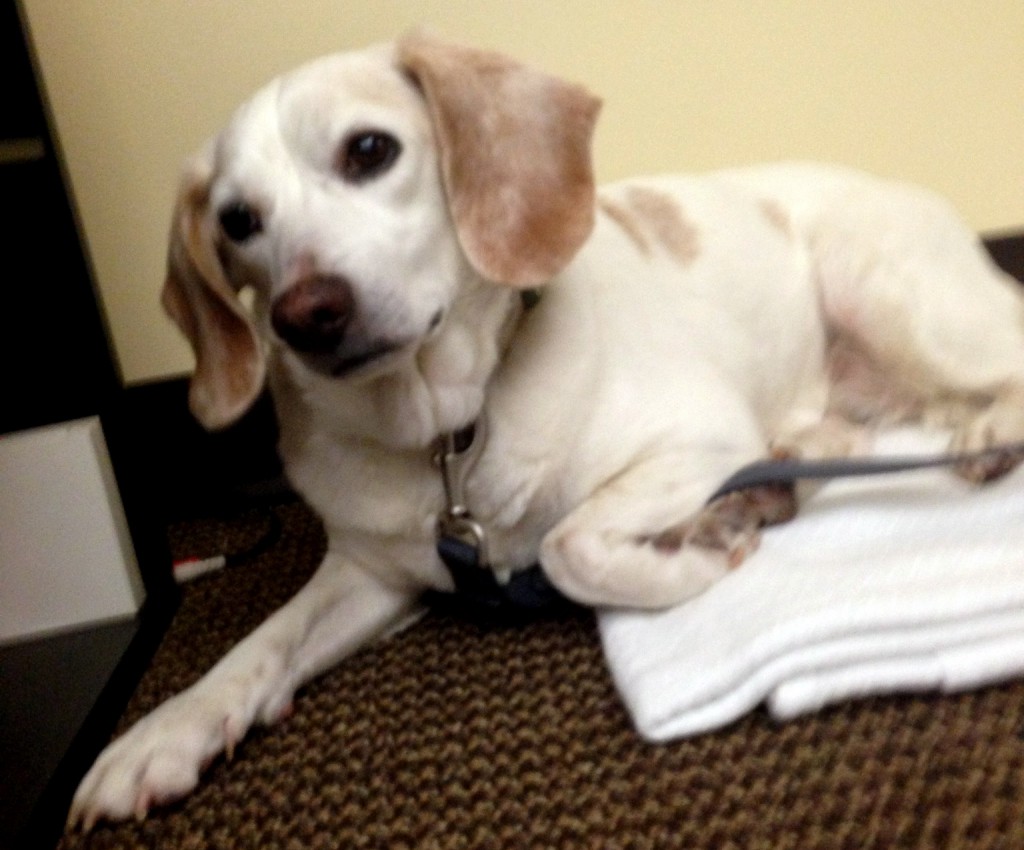 The dog's name is Leluja as is hallelujah. She is not my dog. I work for a fire department in Dublin, Ohio. She was found walking down a busy street near the firehouse with no tags and a civilian pulled over in their car, grabbed her, and brought her to the firehouse.

Being a dog lover, I said I'd take her and the rest of my crew was happy to take her as well. We called around to every veterinarian in the area seeing if they could identify her. We even took her to a vet to be scanned for a chip. No luck, but they mentioned your website, so we posted her pic and info and chipped in a bought some dog food. It was the Facebook connection to your website that gave Leluja and her owner their lucky break.

Her owner lives in Marysville, Ohio. She was on a weekend retreat and doesn't really use computers, but her friend does. Leluja was being watched by another person while her owner was away and escaped from the vehicle while on a trip to Dublin. She'd been on her own for almost 24 hours and covered probably 10 miles from where she was supposedly lost before she was picked up.

I kept her at the firehouse for my shift (24 hrs-- 8 AM to 8AM), but we could not locate the owner, so I took her home with me. I live in Pickerington, Ohio. When Leluja's owner returned home to find her precious dog was lost she frantically called her friend. Her friend is an avid user of Facebook and was of course posting info about the missing dog. She saw the pet FBI link. She clicked in and in moments saw Leluja's picture. She called Leluja's owner.

Leluja's owner called one of our firehouses and told them about the posting. They called me and told me the above story and I connected with Leluja's owner. She was ecstatic. I told her I had the dog with me at a softball game in Whitehall where I coach girl's softball. I brought Leluja with me to the game because she was so sweet. Leluja's owner asked if she could drive out to Whitehall. I couldn't believe she was in Marysville. Leluja had come a long way!

Leluja's owner showed up to the game much to the girl's dismay, but we were all very happy. I had heard Leluja bark while I had her, but when she spotted her owner coming across the field, Leluja started this big hound dog cry. It was so sad and happy at the same time. I was in the middle of a game, so my meeting with Leluja's owner was brief. I didn't even get her name. She was crying, Leluja was howling-- she just kept saying thank you. I had time to say you're welcome and had to jog back on the field.

So, that's it. From Marysville to Dublin to Pickerington to Whitehall to home-sweet-home thanks to a couple of people and mostly thanks to PetFBI. If it wasn't for the PetFBI website, Leluja and her owner would not have been reunited. So, thank you!

OBJECT LESSON: Use all internet resources. Often one will lead to another that has the information you need.