Persistence Pays - The Story of Recovering a Lost Cat

Today we received a thank you message from a woman named Rosanna. She used our cat attracting tips and sheer dogged (why don't people say"catted"?) persistence to recover her lost cat. Here is the story in her own words: 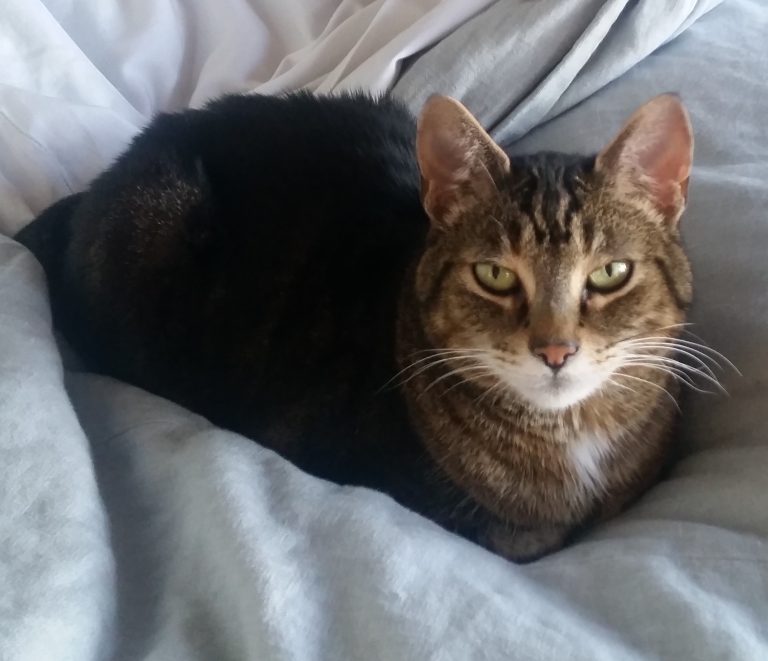 I am from Seattle Washington but I have a vacation home in Gearhart Oregon, about 25 minutes away from the co-op where I stopped to buy groceries. I did not notice it at the time, but my cat Stella jumped from my car when Iwas loading the groceries.

When Igot to my home in Gearhart, I was horrified to discover that Stella was missing from my car! I immediately went backto Astoria with my friends and looked everywhere for Stella.

The neighborhood around the co-op helped a great deal as did theemployees of the grocery store.The local public radio station KMUN 91.9 began broadcasting announcements about Stella being lost.

In the meantime I was given your website from my daughter who lost her cat in Columbus Ohio. I followed your advice and began doing all the things you recommended.

I got up at dawn, went to Astoria and began searching for Stella and looking everywhere inthe vicinity of the co-op. I scoured the community and put flyers everywhere and talked to many people. They were so helpful.I went to the area dawn and dusk. Iprinted flyers, put them up with her photo and postedon local FB pages.

I went everynight to the co-op. I parked in the same place whereI had lost her. I put out her scratch pad, cushion and a towel with my scent on it. I putout sardines and smelly tuna fish, tolure her back to the front of the store. I did this every day!

I did not sleep at night. Iwas pretty exhausted and depressed. Stella is like a member of our family. She is very important to my youngest daughter who is a freshman in college. I had to find her!

I did this for four days and nights. On the fourth night I gota call from the Clatsop County Animal Shelter saying they had a sighting ofher. I went to the spot, talked to the people and left photos and food.

I thought to swing by the co-op to see if therewas any activity. There were sightings of Stella at night around 9:30. ThenI saw two employees by the dumpster.They recognizedme. They said they had heard a cat meow...they closed the gates of the fenced garbage area and Stella came came out!!!!! We could not believe it!

I followed your adviceand even went further and tried to bethere waiting for her. The lesson I learned was not to give up - you were right - cats do not go far from where they are lost.

Thank you for your helpful advice. It worked! I reached outto the community andtheyhelped so much! But it was by being tenacious that I found Stella.